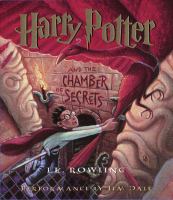 After a curious encounter with a house elf named Dobby, and being nearly expelled for flying Mr. Weasley's car to Hogwarts, Harry thinks he'll have a quiet break from everything at last. Soon, trouble starts again, thereby dashing all hopes for a normal-or as normal as Hogwarts could get-school year. People aren't sure who the culprit is; all they know is that he or she is a direct heir of Salazar Slytherin, pureblood loving founder of Hogwarts. Could it possibly be Draco Malfoy, a muggle-born hating enemy of Harry's? Maybe it's Hagrid, whose mysterious past is finally revealed? Harry, determined to find the culprit, is dismayed when he realizes who everyone really suspects....himself!